Every year, 5th June is celebrated as ‘World Environment Day’. It is the ‘United Nations’ prime vehicle for spreading awareness and action to save our environment.

First World Environment Day took place in the year 1974. And, today it has become a universal platform for public outreach with over 143 countries participate every year.

To celebrate World Environment Day 2020, I have come up with the list of wonderful women environmentalists. These women have created history through their work and dedication to preserve the environment.

The list of Top 10 Women Environmentalists In India focuses on wonder women and their work on the environment. From documenting rivers to climate change and ruminations about sustainable landscapes, these strong ladies raised their voice to environmental improvements

Here’s a list of top 10 women environmentalists in India:

Born in Dehradun, Vandana Shiva is one of India’s Most Loved Female Environmentalists. She has been focusing on the effects of globalization on India’s food supply for decades.

Moreover, Dr. Vandana Shiva is at the forefront of the anti-globalization movement. She has campaigned for the rejection of corporate patents on seeds. Besides, she got popularity as a critic of Asia’s Green Revolution.

In the year 1991, Shiva launched a project called “Navdanya”. Her initiative strove to combat the growing tendency towards monoculture promoted by large corporations.

Vandana Shiva has also talked extensively about how saving the environment is a feminist issue, especially in India. Becasue much of the labour connected to the processing and preparing food are women.

An Indian social activist working for the subaltern, Medha Patkar is one of the most famous environmental protectionists. She is actively involved in fighting for the rights of tribal’s, Dalits, farmers, labourers and women facing injustice in India.

During her activism, Medha has created some national policies to fight against land acquisition, unorganised public sector workers, and other downtrodden sections of the society. Her activism mainly took place in the 1960s and 1970s.

Medha Patkar launched the Narmada Bachao Andolan in Madhya Pradesh, Maharashtra, and Gujarat. When the proposal of building the Sardar Sarovar Dam on the Narmada River was approved.

In the year 1996, Medha founded the National Alliance of People’s Movements (NAPM). It was an agglomeration of progressive social bodies as opposed to globalization policies. Medha was a representative of the World Commission on Dams.

To date, Medha has participated in and supported many mass struggles across the country against non-sustainability, displacement, and injustice.

Sunita Narain had been one of the most prominent environmental activists in the Indian scenario. She has been speaking out about the state of India’s environment since the early 1980s.

She is the director-general of the Centre for Science and Environment, and editor of the fortnightly magazine. Besides, she also chaired the Tiger Task Force. Here, she evolved an action plan for conservation in the country after the loss of tigers in Sariska. Here, she advocated options to create a coexistence agenda with local communities so that the benefits of conservation would be shared and the future secured.

For her work and dedication, Sunita Narian has been given many awards including Padma Shri by the Indian government, World Water Prize for work on rainwater harvesting, and more.

4. Radha Bhatt- One Of The Leading Indian Female Environmentalists From Uttarakhand

Born in the Almora province of Uttarakhand in northern India, Radha Bhatt is one of the leading Indian female environmentalists from Uttarakhand. She is a peace activist and has worked all her life to improve women’s situation and protect nature.

She had led many local campaigns against alcohol abuse, for the protection of forests against corporate degradation and polluting mines.

Due to her campaigns, Radha had to serve many prison sentences. But she kept doing and brought many changes.

Radha travelled Uttarakhand and Himachal Pradesh to know the condition of rivers founded from the Himalayan glaciers. In her journey, she found out that the water flow in many rivers had decreased, and many dry out.

It was a huge tragedy for the people. It affected agriculture a lot in  Punjab, Haryana, Uttar Pradesh, and Bihar. As a mark of protest for such atrocities, Bhatt established an organization named “Save the Rivers in Uttarakhand” Here, she started conducting “padayatras” to make people aware.

Maneka Gandhi is among the top 10 women environmentalists in India. She belongs from the Political powerhouse Gandhi clan. And, her environmentalism met political backing, when she became the Minister for Environment and Forests in 1989.

Acclaimed public figure, Maneka Gandhi has lead from the front over 9 organizations. All these organizations are fighting against animal testing, the municipal killing of homeless dogs, the unregulated sale of airguns, and more. Present-day, she is working as Minister for Women and Child Development.

In 1992, she established the organisation People for Animals. And today, this organisation has become India’s largest organisation for animal rights. Additionally,  she has pledged herself to a life of Veganism, on ethical and health grounds.

Saalumarada Thimmakka is another popular Indian environmentalist. She belongs to a small village called Hudur in the state of Karnataka.

Saalumarada is widely-known for planting and nurturing banyan trees. Saalumarada planted 384 banyan trees in a four-kilometer stretch, on a barren highway from Hulikal and Kudur.

They say these Banyan saplings, which she and her husband picked from their native village where they were in plenty, were like her own little children. As she has no children, she took care of their trees as their children.

7.  Shehla Masood- One Of The Best Environmentalist Of India

One of the best environmentalists of India, Shehla Masood’s enthusiasm for saving the world cost her life. She was shot at point-blank range outside her hour in 2011.

She was assassinated because of her vociferous activism and probing in illegal diamond mining and/or hunting of tigers.

Shehla took up every cause that touched her heart.  As an environmental activist, she mainly worked for wildlife conservation. She was especially involved in investigating the deaths of tigers in Madhya Pradesh’s sanctuaries like Kanha.

Shehla was associated with the Shyama Prasad Mukherjee Trust, and she organized nationwide events for them.  For her relentless effort, Shehla had been honoured with many awards.

As a committed conservationist, Sugathakumari shot to prominence after she spearheaded an iconic Save Silent Valley. This was a nationwide movement to save some oldest natural forests in the country from industrialization.

In the year 1974, Gauri Devi started the female-led Chipko movement. She organized the women to hug the trees and prevent their cutting. Gauri Devi was the head of the Mahila Mangal Dal, at the Reni village.

The day the lumbermen were to cut the trees, Gauri Devi called 27 women to confront them. Firstly, she tried to discuss with them, but the lumbermen started to abusing and threatening them.

Then, the women hug the trees to protect them from cutting. They stood hugging the trees all night until the lumbermen surrendered and left.

Soon, the news of the movement spread to neighbouring villages and people joined in. Many such acts happened in other parts of Uttarakhand And therefore, women were on the leading position as providing environmental solutions.

Indira Jaising is a reputed lawyer and human rights, activist. She has been called ‘formidable’ by many especially when recounting her efforts in framing the Domestic Violence Act (2005).

She has took the stand and has fought some of the most high-profile cases in the country. She led commissions in Punjab to investigate the extra judicial killings, police brutality, and disappearances in North India in the 70s and 80s.

Indira also fought for compensation of victims of the 1984 Bhopal gas tragedy, and of the victims 2002 riots in Gujarat.

So this is the List Of Top 10 Women Environmentalists In India. These women are at the forefront of promoting the environmental revolution and continuously fighting for environmental justice.

Who is your favourite woman environmentalist? Let me know in the comment section below. If I missed any important name, don’t forget to mention her.

Are you looking for free guest post site, check here. 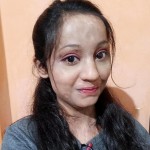 Hey there! This is Puja Bhardwaj from India. After 4 years of the editorial and inbound writing journey, I started #Female Insight with a passion to empower women through words and covering all aspects of a woman's life. I'm looking forward to hear from you!

Female Insight in Your Inbox